The Antelope Valley Indian Museum State Historic Park is a state historic park of California, USA, interpreting Native American cultures of the Great Basin and surrounding regions. The park and its grounds are situated on the Antelope Valley's rural east side in northern Los Angeles County, California.

The museum contains the combined collections of H. Arden Edwards and subsequent owner and anthropology student Grace Oliver. The exhibits represent and interpret Native Americans groups, both aboriginal and contemporary, of the Southwest, Great Basin, and Californian cultural regions. A number of the artifacts on display are rare or one-of-a-kind items.

The museum was originally constructed by homesteader/artist H. Arden Edwards in 1928. The chalet-style structure was built over the rock formation of Piute Butte in the Mojave Desert. The unusual folk artstructure, originally used as a home, is listed on the National Register of Historic Places. 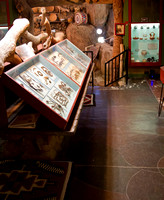 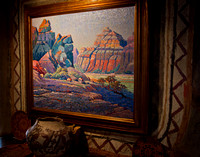