I've always enjoyed going back home to explore the magnificent beautiful waterfalls in West Virginia. This time I had an opportunity to take my family to Blackwater Falls State Park where we experience the beauty of the Elakala waterfalls. I've always enjoyed looking at waterfall photos in black-and-white. The detailed structure in the rocks with the combination of the blur water displays the energy and power.  I hope you enjoy this black-and-white photo of Elakala falls. 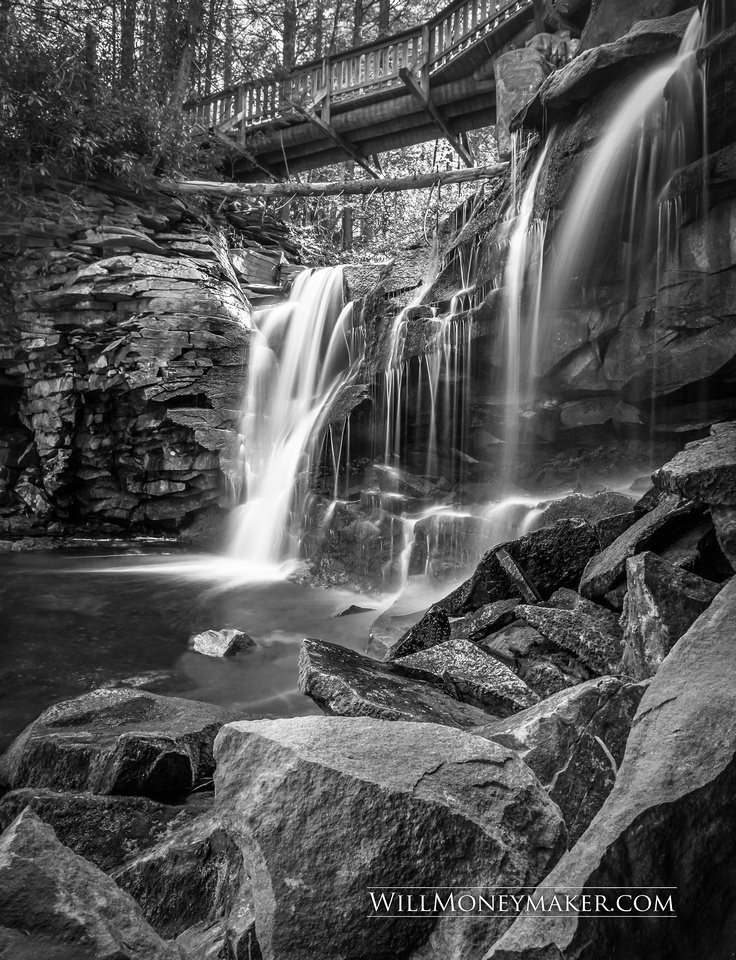 The name of the waterfalls comes from a Native American legend, although several significantly different versions exist. According to one account it involves a princess named Elakala who threw herself over the edge of the first waterfall when her lover scorned her. Another account of the legend involves a Massawomee warrior named Elakala who was girl-shy and fell to his death from the falls while being pursued by two women of his tribe. Similar legends exist for many waterfalls in the eastern United States, and there is of course no way to confirm these stories. http://en.wikipedia.org/wiki/Elakala_Falls

Printed copies of this photo is available for purchase, click here.