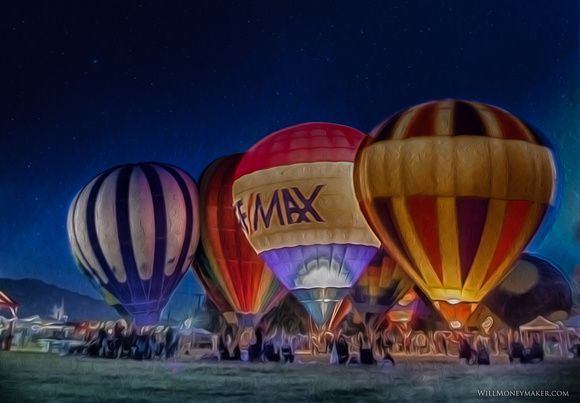 The hot air balloon is the oldest successful human-carrying flight technology. It is in a class of aircraft known as balloon aircraft. On November 21, 1783, in Paris, France, the first untethered manned flight was made by Jean-François Pilâtre de Rozier and François Laurent d'Arlandes in a hot air balloon created on December 14, 1782 by the Montgolfier brothers. Hot air balloons that can be propelled through the air rather than just being pushed along by the wind are known as airships or, more specifically, thermal airships.
©2012 by Will Moneymaker Photography
User Agreement
Cancel
Continue