The original Lady Washington, or more commonly, Washington, was a 90-ton merchant sloop. Her early history is still in question. As part of the Columbia Expedition, she left Boston Harbor on October 1, 1787. She sailed around Cape Horn and participated in the Maritime Fur Trade with the coastal Native Americans in the Pacific Northwest and in tea and porcelain across the Pacific in China. She was the first American flagged vessel to round Cape Horn. She was the first recorded vessel to make landfall on the Oregon coast near Tillamook, Oregon. She was claimed by John Meares to be the first non-native vessel to circumnavigate Vancouver Island.

Named in honor of Martha Washington, she was captained by Robert Gray, and later by John Kendrick, former captain of her larger sailing partner, the Columbia Rediviva and commander of the expedition. At the end of the first trading season Kendrick ordered Gray to sail Columbia to China while Kendrick took command of Lady Washington. Under the command of Kendrick, she was refitted in Maccao as a brig.

The Washington became the first American vessel to reach Japan in an unsuccessful attempt to move some unsold pelts. Lady Washington remained in the Pacific trade and eventually foundered in the Philippines in 1797.

Hawaiian Chieftain is the name of a sailing vessel briefly known as the Spirit of Larinda. Built in 1988 in Lahaina on the island of Maui, the Hawaiian Chieftain is a contemporary interpretation of a traditional design. She is unique with therig of an 19th century trading vessel and a modern triple keel, shallow draft hull. Drawing only 5.5 feet (1.7 m), she is highly maneuverable in shallow waters.

The Hawaiian Chieftain was commissioned by Laurence H. Dorcy, Jr., designed by nautical architect Ray Richards, and built by Morgan Davies for project manager Gsylord Drake Thomas on the island of Maui; under its paint, her bowsprit bears the inscription "Lahaina Welding Co." She was based in Sausalito, CA for many years, sailing up and down the coast with the Lady Washington on Voyages of ReDiscovery, providing hands-on history programs teaching 4th and 5th graders about the exploration and trade along the West Coast in the 1790s.

In the winter of 2004, she was sold to a Cape Cod sailing program and renamed the Spirit of Larinda; however, due to the suicide of her owner, she remained inactive. In October 2005, the Grays Harbor Historical Seaport Authority, owner of Lady Washington, purchased her to add to its fleet. Returning to her original identity as the Hawaiian Chieftain, she joined up with the Lady Washington on February 25, 2006 and is now providing joint education and sail training up and down the west coast of the United States. 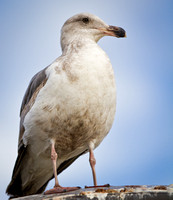 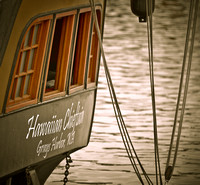 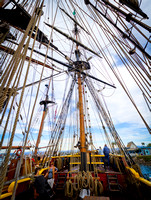 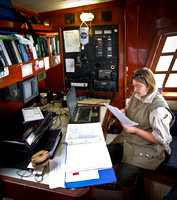