Director John Ford used the location for a number of his best known films, and thus, in the words of critic Keith Phipps, "its five square miles have defined what decades of moviegoers think of when they imagine the American West."

The area is part of the Colorado Plateau. The elevation of the valley floor ranges from 5,000 to 6,000 feet above sea level. The floor is largelysiltstone of the Cutler Group, or sand derived from it, deposited by the meandering rivers that carved the valley. The valley's vivid red color comes from iron oxide exposed in the weathered siltstone. The darker, blue-gray rocks in the valley get their color from manganese oxide.

The buttes are clearly stratified, with three principal layers. The lowest layer is the Organ Rock Shale, the middle is de Chelly Sandstone, and the top layer is the Moenkopi Formation capped by Shinarump Conglomerate. 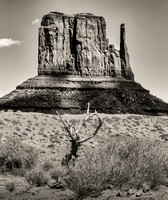 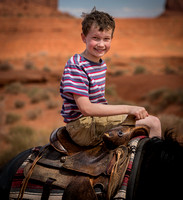 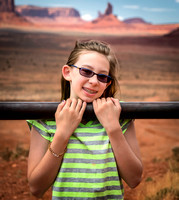 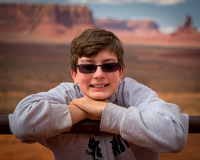