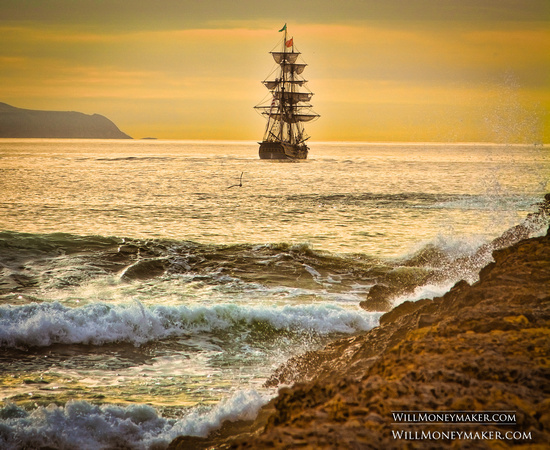 A ship replica of the Lady Washington was built in Aberdeen, Washington, United States in time for the 1989 Washington State Centennial celebrations. Aberdeen is located on Grays Harbor, an inlet of the Pacific Ocean named for Robert Gray, the man who discovered the harbor as Master of the Columbia.

Named "Washington State's Tall Ship Ambassador", as well as the State Ship, the new Lady Washington has already made plenty of her own history. Operated by a professional and volunteer crew under the auspices of the Grays Harbor Historical Seaport Authority, she sails up and down the Pacific coast reaching out to sailors and lubbers of all ages through the romance of the sea in the hope that they take a little of her history back with them.Today she sails regularly in pair with the Hawaiian Chieftain, educating students in the history of merchant trading, life of common sailors, and responsibilities of the ship's officers.