Santa Susana Depot is a train station building located in Simi Valley, California. The depot was constructed by the Southern Pacific Railroad and was opened in 1903. The depot was originally located on Los Angeles Avenue at Tapo Street and was part of the completion of the Coast Route (see Coast Line) linking Los Angeles and San Francisco. Plans and construction for the building were based on the railroad's R-22 standard. The depot served the community of Rancho Simi as a passenger station, telegraph office and freight depot where farmers could deliver crops for shipping and pick up farming equipment delivered by the railroad.

The museum was opened to the public in 2000. The depot building now houses a railroad museum, an HO scale model railroad layout and a public meeting room. The museum focuses on railroad history in the region and has many artifacts and historical photos on display. Along with the railroad related features, the museum also has a collection of materials related to the near by Corriganville Movie Ranch. The railroad layout models the coast route between Los Angeles, California and Portland, Oregon with scenery that targets the early 1950s. The Santa Susana Railroad Historical Society designs, maintains and operates the layout. Both the museum and the model layout are open on Saturdays and Sundays from 1 pm to 4 pm with the exception of holidays. 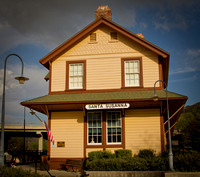 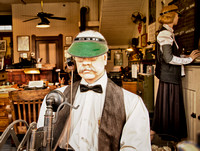 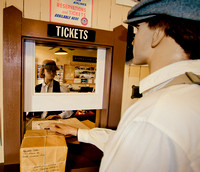 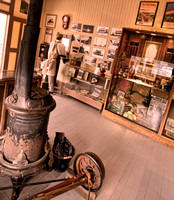 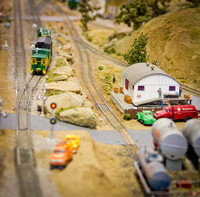 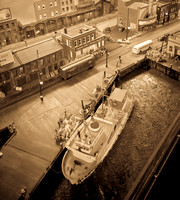