I used a tripod for this HDR image at Pismo Beach Pier with a fisheye lens (Sigma 15mm f/2.8 Diagonal Fisheye). The images were processed using HDR Efex Pro 2. 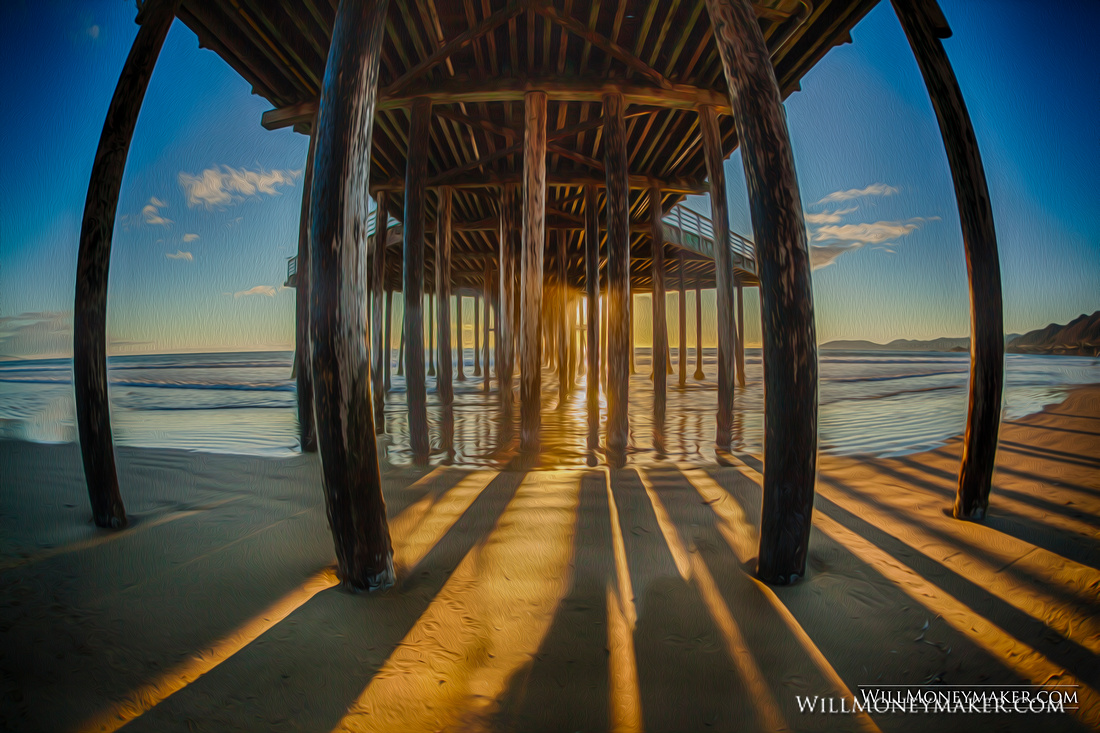 Pismo Beach adopted the name "Clam Capital of the World" in the 1950s. The city holds the Clam Festival every October, complete with clam chowder competitions and a clam-themed parade. At the southern end of Price Street upon first entering Pismo Beach, a gigantic concrete clam statue greets visitors. Clamming once drew thousands of clammers to the beach during low tides and is still legal; however, due to over-harvesting by humans and the protected sea otter (which feasts on clams), few clams are to be found.

In one of the later episodes of "Dragnet 1967", Frank Gannon retires to Pismo Beach and in explaining his plans to Joe Friday, he states his reason, "The clams, man. The clams."
Keywords: Beach, Sunset