The History of Digital Photography 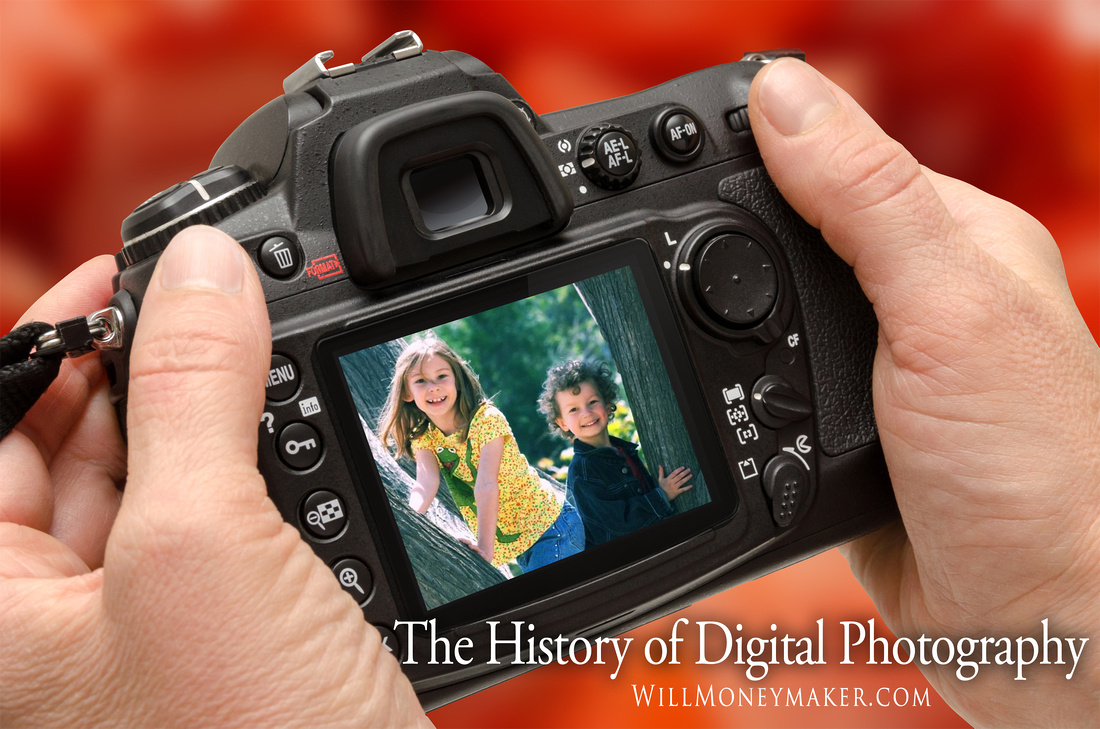 Rachel and Sam posing for a portrait at the park.

Digital photography as we know it has only been around for about two decades. In truth, however, its origins go much deeper than that. The 1990s saw the first commercially available digital cameras, but the technology that we so often take for granted – with its unlimited storage space, live view displays and other conveniences – actually first came into being during the 1950s.

It all started with the first video tape recorders that were developed in 1952. These were the first devices to use something other than film (a coded signal on tape) as a recording medium. With a tape player, people could convert the code into a picture. 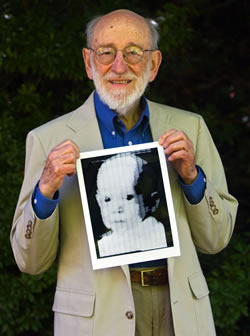 Then, in 1957, a man named Russell A. Kirsch took the idea of filmless imaging a step further. His technological breakthrough – a drum scanner that sensed the differences between light and darkness in an image – created the very first digital image. This image, a portrait of his son, Walden, was black and white and very small – only 176 pixels to a side. Even though it’s primitive by today’s standards, this single image was the defining moment for digital imaging.

For the next two decades, researchers experimented with digital technology. In fact, the development of digital photography was closely related to the Space Race. Researchers developed rudimentary digital cameras that could be launched into space via satellite. Film was impractical for space photography, so scientists developed a way for the satellites to send a digital signal back to Earth.

In 1969, digital imaging technology advanced a step further when Willard Boyle and George Smith of Bell Labs developed CCD chips (charged-coupled device) that could be used in video cameras. As the technology grew more refined, it started catching on, and by 1975, the first CCD cameras were good enough that cameramen were using them for broadcast television.

The breakthrough for photographers came in December 1975 when Steven Sasson of Eastman Kodak produced the very first true digital camera using CCD chips. This camera – much like the first film camera ever made – was massive. It weighed eight pounds, it had a resolution of 0.01 megapixels and it took 23 seconds to create a digital image, which was then recorded onto a cassette.

Still, digital imaging – at least from the photographer’s viewpoint – was impractical and incapable of producing the same quality as film. It would take many more years of breakthroughs before any digital cameras became more than a curiosity. One of those breakthroughs was the Sony Mavica, created in 1981. It used two CCD chips to record images on a floppy disk. At the time, you could only store around 25 images on a disk. 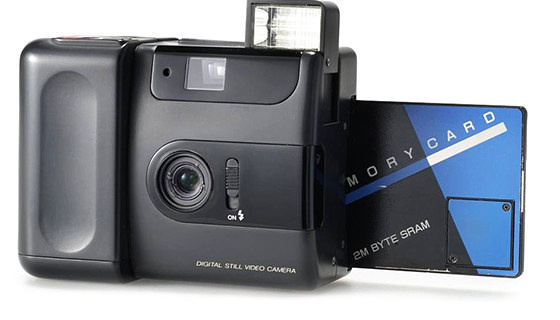 From there digital camera technology continued to evolve throughout the 1980s and 90s. Several notable cameras were developed, including the Fuji DS-1P, which had a 16 MB internal storage card and one of the world’s first CMOS sensors.

The Logitech Fotoman was also developed during this time. This was the first commercially available digital camera. It could only produce images that measured 320x240 pixels and it had one megabyte of internal memory that was only accessible if you connected the camera to a computer. That, combined with the high price tag ($1,000), and the fact that it was still far below the quality of even the simplest film cameras, meant that the Fotoman never achieved widespread popularity.

Then, in 1991, Kodak made the very first digital SLR – the DCS100. This system used a Nikon F3 with a digital back that downloaded images to a bulky storage unit. It had a 1.3-megapixel sensor, shot in color and it was marketed towards photojournalists. The storage unit had 200 MB of space, which meant fewer film changes for on-the-fly photographers.

Today, digital cameras are everywhere – not only as DSLRs and point-and-shoots but also in our phones, computers, cars, and hundreds of other places. But the digital age actually began back in 1957, and it was cameras like the Fotoman, the Fuji DS-1P, and the Kodak DCS100 that finally put these wondrous devices in the hands of photographers around the world.