The Artists of World War II (The Ghost Army) 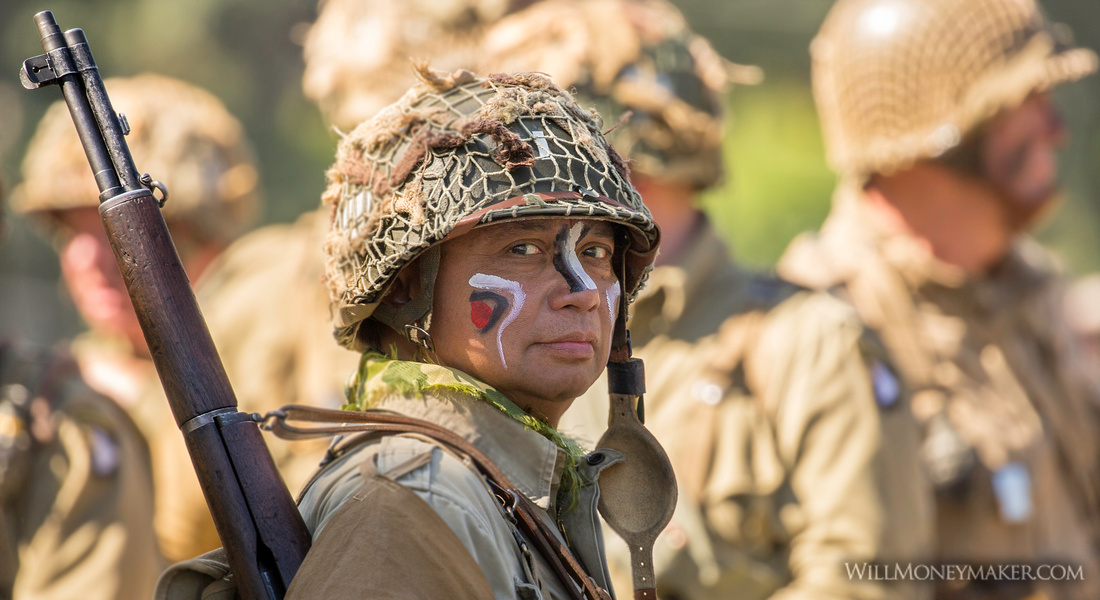 Did you know there was a army of artists during WWII named the Ghost Army? It was a troop of special forces with a unique mission that helped the allies get the better of Hitler in one of the most creative ways. This is their story.

The Ghost Army of WWII

The men of the Ghost Army were members of the U.S. Army’s 23rd Headquarters Special Troops. They were no different than other men in the war. They had no special strength or skills beyond the ordinary soldier. But, what they did was completely extraordinary.

Their mission was first made known to other allies just after the D-Day invasion of June 6, 1944. This was when a couple of French citizens riding bicycles happened upon them. The soldiers were turning a 40-ton Sherman tank in place, something that was not easy to do without attracting notice. Yet, they were working quite stealthily. The French bicyclists were amazed, and when they questioned the Americans about what they were doing, a member of the troop simply told them the Americans were quite strong.

The members of the 23rd were hand chosen for their unique non-combat-related skills, as this mission would take abilities not usually prized in soldiers. The 1,100 members of the troop were made up of artists, illustrators, sound specialists, and radio experts. They were specially chosen directly from art schools in New York and Philadelphia in January of 1944. Their unusual mission was to trick the enemy into thinking the Americans had a larger force and more powerful weapons than they did. They would do this with hand-made inflatable tanks, fake radio transmissions, and sound equipment blasting the recordings of the sounds of assembling troops.

While most of the other allies, including other American troop units, did not know about the Ghost Army until decades after the war, the 23rd is credited with more than 20 missions and with saving between 15,000 and 30,000 lives. They worked stealthily in the background, keeping their mission secret, and performed practical wonders with their illusions. Their anonymity while doing real good for the allied cause is the reason they are called the Ghost Army. The existence of the 23rd and its mission was only officially confirmed in the April 1985 issue of Smithsonian Magazine, when an illustrator for the magazine, who was once a member of the Ghost Army, told his story. The U.S. Army and other members of the Ghost Army corroborated his tale.

While deception in war is nothing new (the Trojan Horse of the Trojan War is an excellent early example of this), the Ghost Army took it to a whole new level, setting up what may likely be the world’s first multimedia combat deception. Not only was it a multimedia experience, it was portable, so the 23rd could take it on the road with them. They set up inflatable tanks, then set up their speakers fifteen miles away from them, blasting the noises of assembling troops, to give the illusion that a large regiment was setting up nearby. With their decoy radio transmissions, the Axis troops and leaders fell for it nearly every time. The actions of the Ghost Army often caused Axis troops to back down before a battle even began.

The Ghost Army was involved with a lot of action in WWII. During their downtime, they sketched. Members of the Ghost Army are credited with producing over 500 sketches of everyday scenes in France and other places in Europe during the war, capturing the stories of the everyday people caught up in it. In this capacity, they served as chroniclers of average people, whose stories often got lost amid the tales of heroic soldiers. Thanks to the Ghost Army and their sketches, these people’s stories can be told and remembered by history. We know a lot about how WWII affected everyday civilian citizens in Europe thanks to the Ghost Army.

The members of the 23rd not only had to keep their mission secret from the enemy, they had to keep it secret from the rest of the U.S. army. Their isolation from other units enabled them to have time to make those sketches, as they were not always needed with their unique skills, and only had each other to talk to. When they traveled, they usually pretended to be members of other units, even going so far as to decorate their trucks with the insignia of other units, or sew fake badges onto their uniforms. This allowed them to keep their mission and identity a secret in places they spent their time when they were off duty.

While the Ghost Army was involved with a lot of other missions, their most important one was near the end of the war. The American army was getting set up to cross the Rhine river to go deeper into Germany. The 23rd was tasked with luring the Germans away from the area. The members of the Ghost Army posed as members of the 30th and 79th divisions, and, with their special equipment and set-up, convincingly made a troop of 1,100 men appear to be a troop of 30,000.

The mixing of real tanks with the inflatable ones of the Ghost Army, the Americans appeared to be an imposing force about to slash its way across Germany, taking anything in its path that got in its way. The fake army was so convincing that American pilots attempted to land next to them. The Germans, knowing they could not match an army of this size, did not put up any resistance to the Americans crossing the Rhine. The Americans easily crossed the river and occupied its banks, and the 23rd received a commendation for this incredibly successful mission.

Many members of the Ghost Army went on to have careers in the arts after the war. And, as those who were involved have said, they were forced to keep the real nature of their mission secret from even their wives and children for decades until documents about the mission became declassified. Even now, those who were part of the Ghost Army say there is still much more tale of its adventures left to tell.