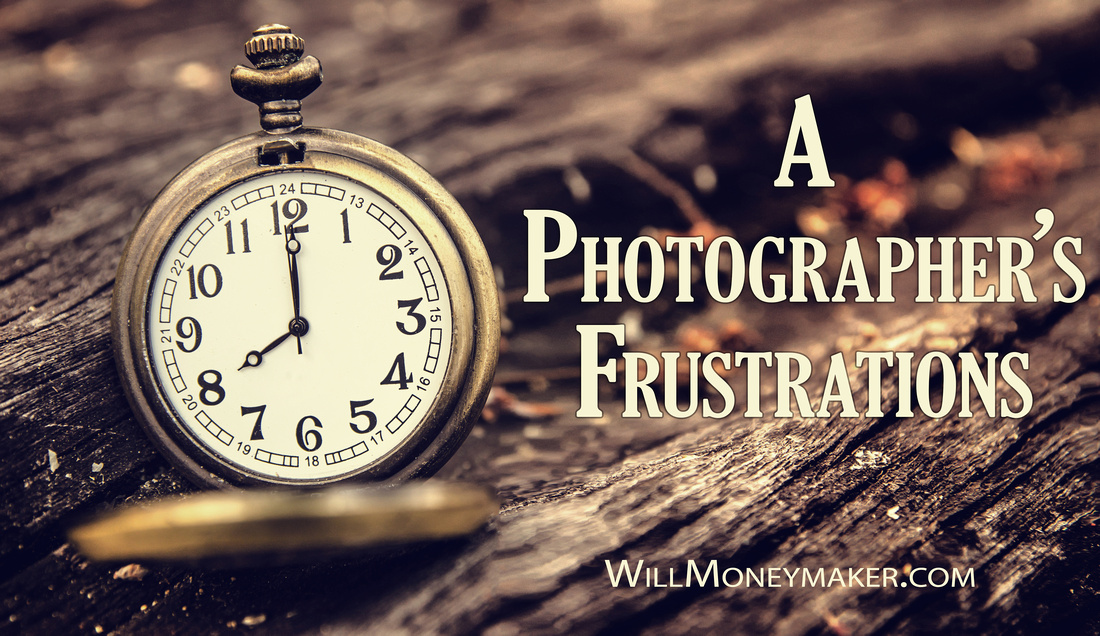 When you’ve been a photographer for as long as I have, you start to realize that not only does this art give you joy, but it also comes with its own share of frustrations. It seems strange at times to be so frustrated with something that you enjoy so much, but it definitely isn’t an uncommon feeling. Let me share some of my frustrations so that you can see that you aren’t alone!

You’re probably thinking about all of the time that you spend on trips, on planning, on setting everything up to take a photo, on post-processing and more. Sometimes it would be nice if we could skip that whole process and get right to the finished photo.

There is, however, another span of time that I am talking about. One that can be even more frustrating. That is the time that it takes to mature as an artist. Did you know that many of the world’s most famous photographs, such as Ansel Adams, didn’t produce their iconic images until they were in their 50s or 60s? Of course, some of us will produce amazing images early on, but for the rest of us, that is a frustratingly long time to wait.

The Plague of Elitism

Elitism is rampant throughout every aspect of photography, and I can safely say that this attitude does more harm than good. It starts with new photographers purchasing the gear that they can reasonably afford, while photographers that have spent years and thousands of dollars turn up their noses at the equipment of a beginner.

Sometimes, elitism makes a photographer resistant to critique, or resistant to new ideas because “the old way is better.” There are still photographers that eschew digital because it can never replicate the look of film, and while that is true, it doesn’t make digital inferior to film or vice versa.

That last point leads me nicely to this point. Sometimes, you’ll pay more money for something for no good reason at all. You’ll know exactly what I’m talking about if you look at the difference between a generic replacement lens cap or one with the name brand emblazoned on it. Lots of things can vary in cost just based on who made it.

As if that weren’t enough, think of the new systems that you will buy over the years. If the camera line or brand or lens mount style that you use happens to be discontinued, then you’ll need to reinvest in a new camera and lenses.

The same goes for the artwork that you buy. We all love to invest in the work of our peers, but sometimes, a particular piece of art is priced well out of the range that it is worth. This can defeat the purpose of creating art, because if art is meant to be enjoyable, then thousands of dollars just to own a print makes that art less enjoyable for the people who can’t afford to purchase it and look at it.

Serious photographers know that the only way to become a better artist is to have your work analyzed. Each fault and each bright spot should be picked over thoroughly so that you can learn what you’ll need to do to improve. But, that kind of honesty is so hard to find.

You won’t find it among your non-photographer family and friends. They love you, which edges them to the most optimistic side of things by default. And, without lots of experience in photography and compositional rules, it can be difficult for them to point out specific details that need work.

Even among your photographer friends, critique can be hard. No one wants to hurt your feelings, which makes people tempted to gloss over some of the bad points that you really need to see. And, as you know, it is incredibly difficult to be completely impartial.

Perhaps a friend will ask you to critique one of their photographs, and because that photograph is of your favorite butterfly, it goes up a few points in your estimation by default. Or maybe your friend looks at one of your images but doesn’t particularly like the color red, which is featured prominently. Regardless of the skill, it took to take the photograph, it isn’t one of their favorite things, which leads to an underwhelming response.

Whatever the case may be, you will find that frustratingly enough, thorough, impartial critique, which is one of the most important tools to help you learn, is a very rare and wonderful thing.

The Way Non-Photographers Treat You

Have you ever showed someone a photo, and their response is, “Wow, that’s amazing! You must have an awesome camera!” It is statements like this that set the photographer’s teeth on edge because we know that it isn’t the camera that makes the art. The camera can certainly help, but in the end, it is the skill of the artist that makes all the difference in the world.

What about taking photographs in crowded public areas? We’ve all felt that awkward feeling, and we’ve all had people cast looks our way. Sometimes, those looks are dirty looks, as if we are intruding on a person’s life simply by documenting our surroundings. Once in a very great while, someone may even approach you to tell you that you aren’t allowed to take photos in the public space that you are in, even though it is a perfectly legal and acceptable thing to do. Having the will to take photos no matter what the people around you think becomes easier with time, but being treated differently for practicing your art in public always somewhat frustrating.

We all have our frustrations — these are simply some of mine. If you have a few different frustrations, make sure to share them with your friends and fellow photographers. Not only is it nice to have the chance to vent, but airing your frustrations and listening to those of others will help smooth the path ahead for all photographers.