A Brief History of Neon Lighting 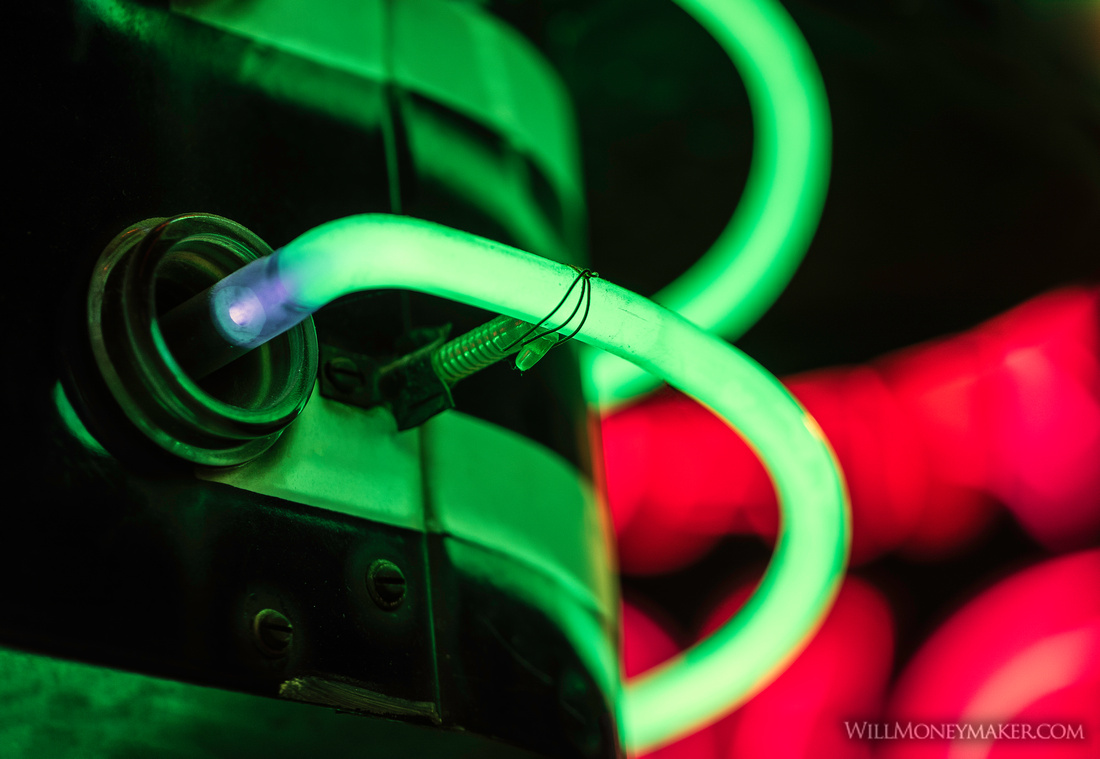 I recently had a fantastic opportunity to visit the American Sign Museum in Cincinnati — a fascinating experience, let me tell you. I spent a good amount of time taking photographs and I’d like to share with you everything that I learned. First, however, because these signs are so interesting, and because there is a lot of history behind them, I’d like to share that history with you. Perhaps this will help you with inspiration should you ever find yourself photographing neon signs.

The Art of Neon Lights Started as a Science

Much like photography, which started with scientists experimenting with chemicals and sunlight, the neon light started with scientists experimenting with different types of lighting. The precursor to neon lighting was invented in 1855, the Geissler tube, which was named for Heinrich Geissler. Geissler was both a physicist and a glass blower. These tubes were used in experiments with electricity and different kinds of gases. Essentially, scientists were trying to find out what happened when electricity was applied to the gas contained in a Geissler tube. 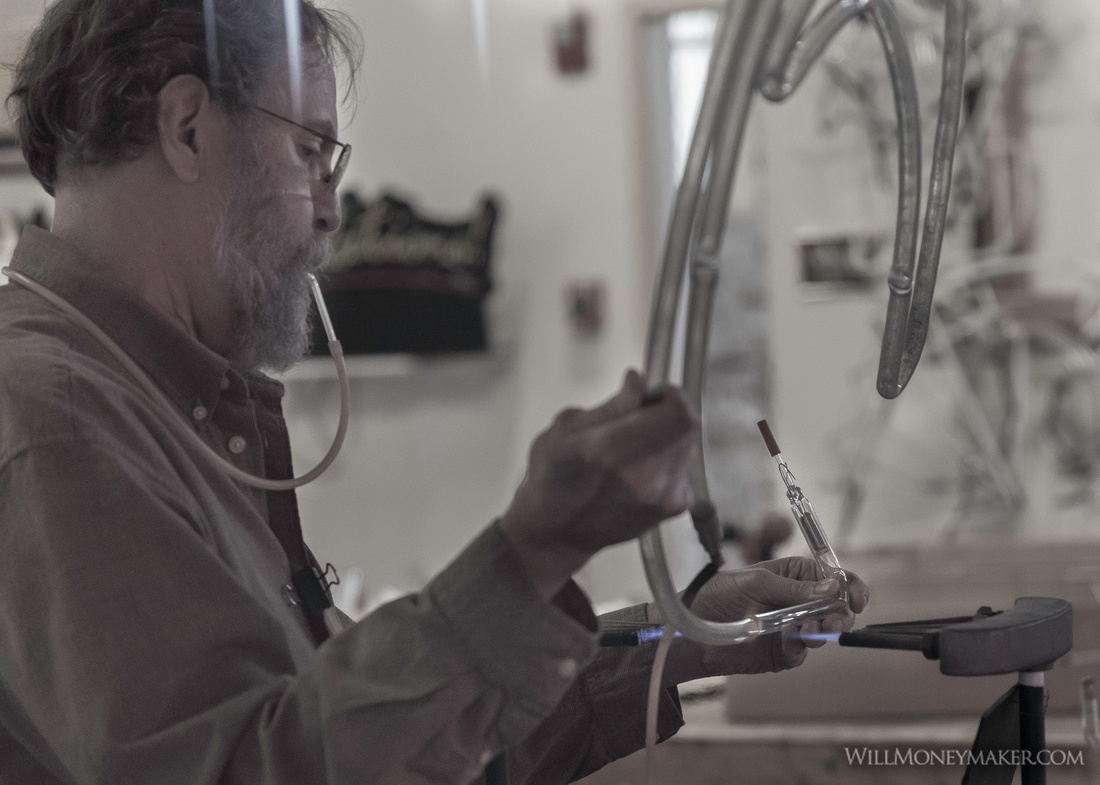 The Discovery of Neon Gas

The invention of neon lights, back in the 1800s, was hindered by one thing: The gas neon had not yet been discovered. That discovery came in 1898, by M. W. Travers and William Ramsey. Neon is an incredibly rare gas, present in air at rates of about 1 part per 65,000. In order to collect neon, researchers needed to use a process called liquefaction, which collects gases that are then separated in another process called fractional distillation.

From that point, it would still be a little while before the first true neon light was invented. Georges Claude was the very first scientist to experiment with neon gas in a Geissler tube. Claude was French, an inventor, engineer, and chemist by trade. He first applied electricity to sealed neon gas in 1902, thus creating the very first neon light. He continued to refine his design, and on December 11, 1910, he put his first neon light on display in Paris. 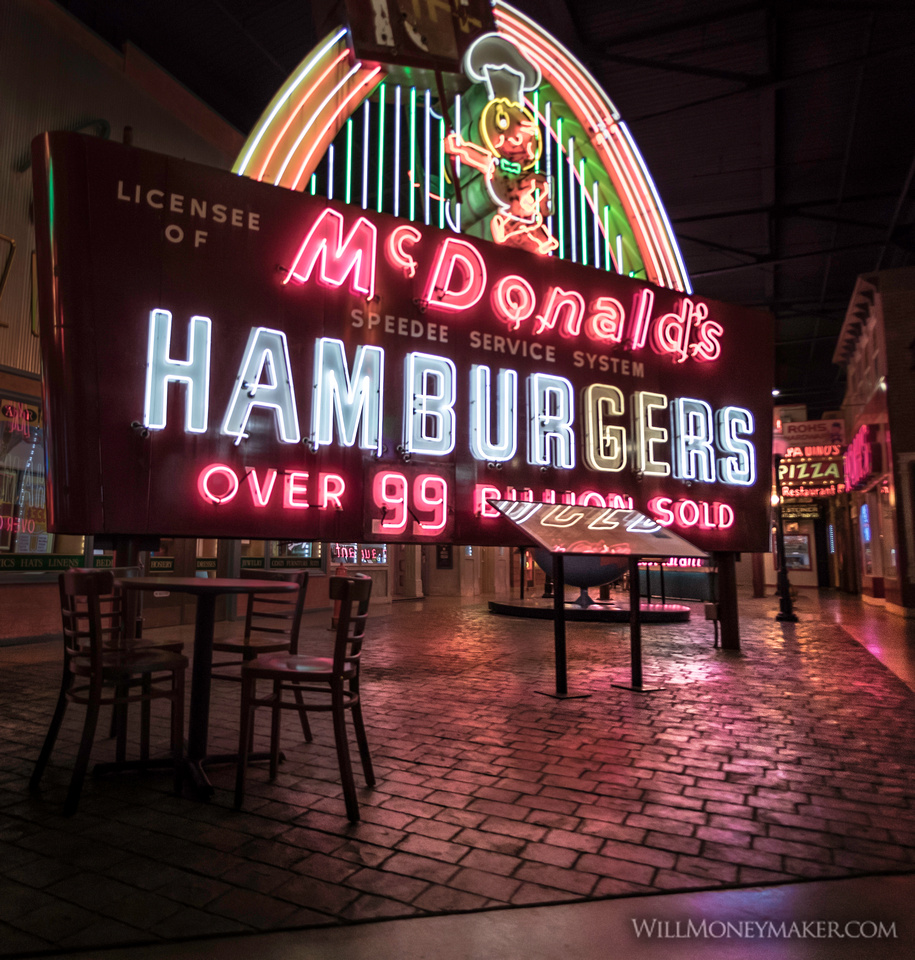 Claude’s first light, much like the first cameras, wasn't anything fancy. It would take a couple more years of developing the technology in order to turn these lights into the beautiful neon lights we know today. Originally, neon lighting was red, a very distinct color, so Claude and others worked on ways to create lights of other colors.

Meanwhile, Claude set about trying to market his neon lights. In 1912, he sold the world’s first piece of neon advertising, a sign for a barber shop in Paris. Then, in 1913, he sold a sign that spelled “Cinzano” in massive 3 1/2-foot letters.

Claude knew he was on to something so he filed for a United States patent in 1911. He also started his own company, Claude Neon Lights, Inc. Over the years, he developed both red and blue lights, one of which rested at the entrance of the Paris Opera House.

In 1923, Claude’s big breakthrough came. An auto dealer in Los Angeles by the name of Earle C. Anthony ordered two signs for his dealership. Each sign read “Packard” after the cars he sold, costing him about $24,000, a sum that would be worth more than $300,000 today.

With that, the neon sign as we know it today was born. Georges Claude became famous, and neon signs were common everywhere by the mid-1900s. Claude passed away in 1960, but not before that most famous of neon cities, Las Vegas, was already starting to roll out its bright lights. 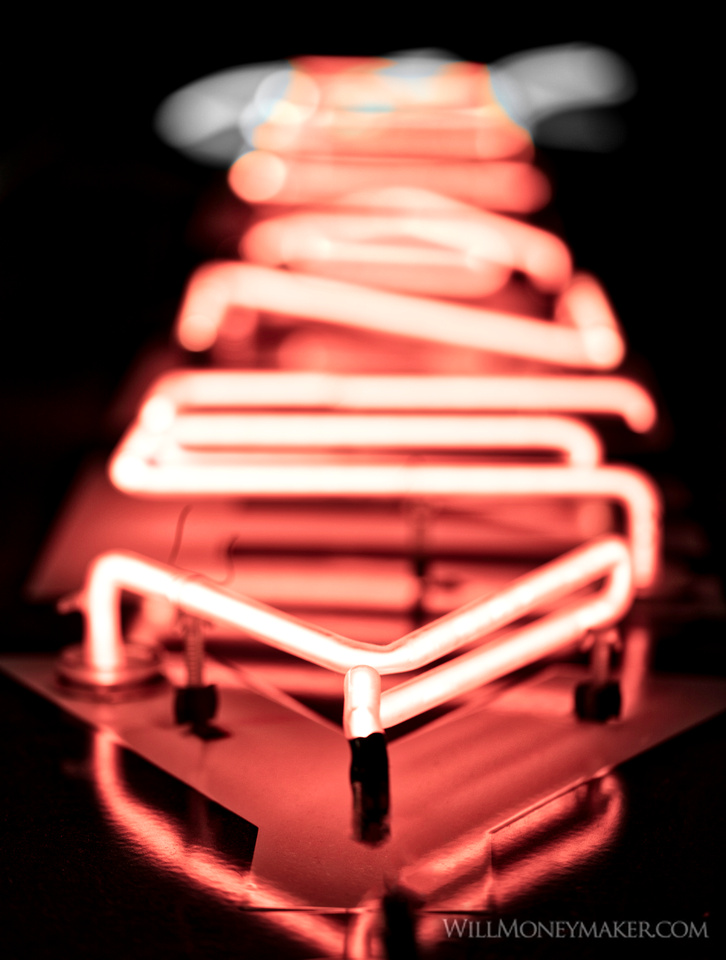 The invention of neon lighting parallels the invention of photography in so many ways. Both art forms started as a science experiment and both went through decades of work before becoming a commercially available tool that businesses and individuals the world over use. Just as photography went through a period of development that brought us the color image, so too did neon lighting. Originally, these lights were red, then red and blue. Later on, other gases were added to these tubes to create the beautifully colored lights that we know and love today.

The most interesting parallel, I think, is that both art forms are based solely on light. Neon lighting is the production of light in beautiful colors and shapes. Photography is the capturing of that light, the recording of those shapes and colors. Perhaps that is why it feels so natural to create art centered around these lights because the two mediums complement each other so well. 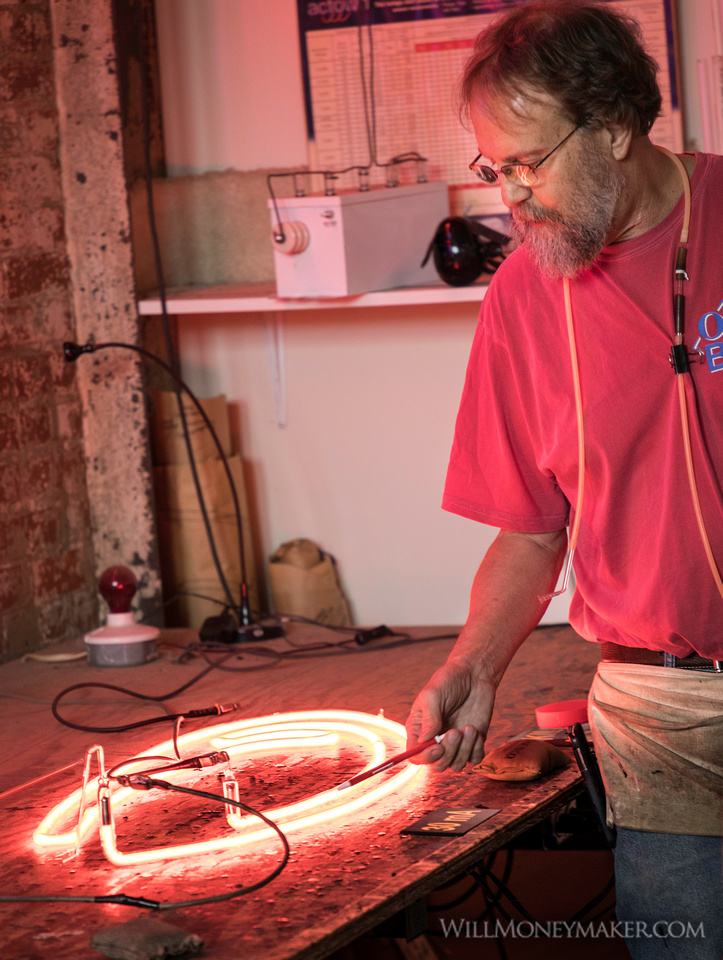 If you ever have the chance, I highly recommend that you visit the American Sign Museum and capture the beautiful lights yourself. If you won't find yourself in Cincinnati any time soon, then in the meantime, perhaps you could start your own project based around photographing lights. If you know of businesses that still use neon lights to advertise in your area, check them out — you may be able to come away with interesting artwork. Even if you don't know of a good place to see these lights in all their beauty, you could focus your efforts on other types of lights, like candles, chandeliers or interesting lamps. No matter what you decide to do, hopefully, what I've shared here today inspires you to create something amazing. 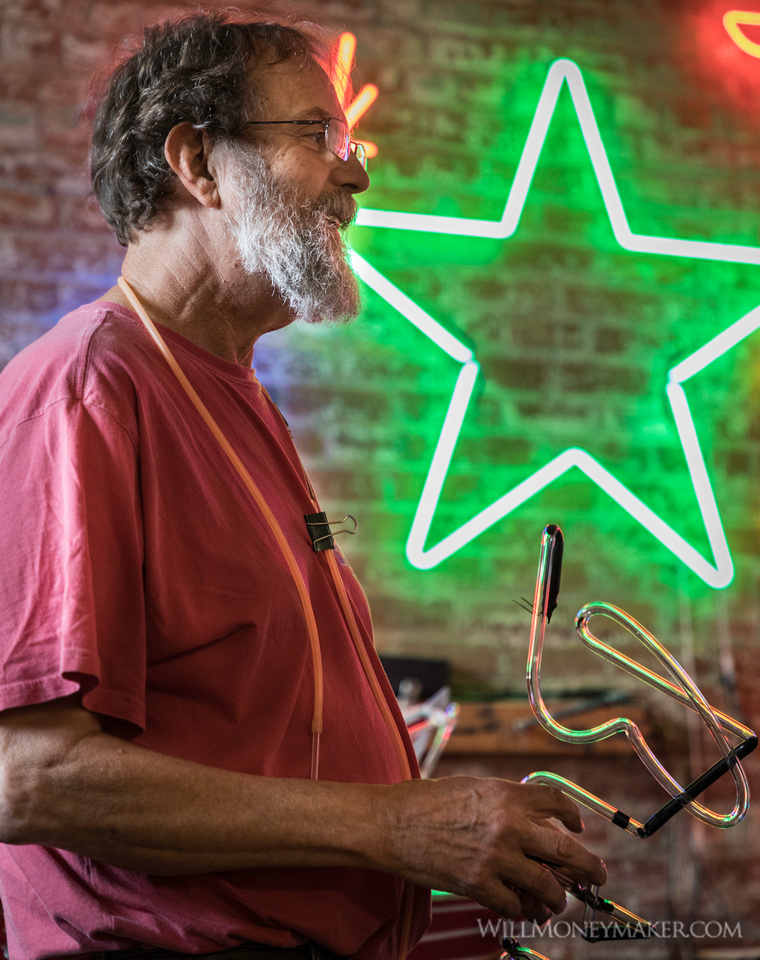