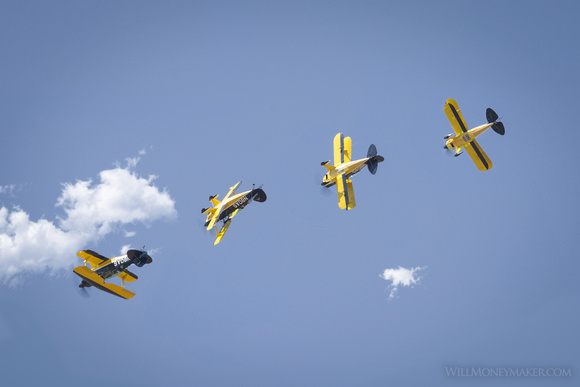 The Pitts Special (company designations S1 and S2) is a series of light aerobatic biplane designed by Curtis Pitts. It has accumulated many competition wins since its first flight in 1944. The Pitts biplanes dominated world aerobatic competition in the 1960s and 1970s and, even today, remains a potent competition aircraft in the lower categories.

Curtis Pitts began the design of a single-seat aerobatic biplane in 1943–1944. The design has been refined continuously since the prototype's first flight in September 1944, however, the current Pitts S2 still remains quite close to the original in concept and in design.