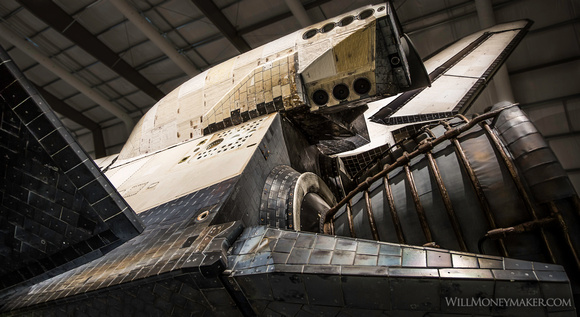 The three Space Shuttle Main Engines, in conjunction with the Solid Rocket Boosters, provide the thrust to lift the Orbiter off the ground for the initial ascent. The main engines continue to operate for 8.5 minutes after launch, the duration of the Shuttle's powered flight.

The engines' exhaust is primarily water vapor as the hydrogen and oxygen combine. As they push the Shuttle toward orbit, the engines consume liquid fuel at a rate that would drain an average family swimming pool in under 25 seconds generating over 37 million horsepower. Their turbines spin almost 13 times as fast as an automobile engine spins when it is running at highway speed.
© Will Moneymaker Photography
User Agreement
Cancel
Continue