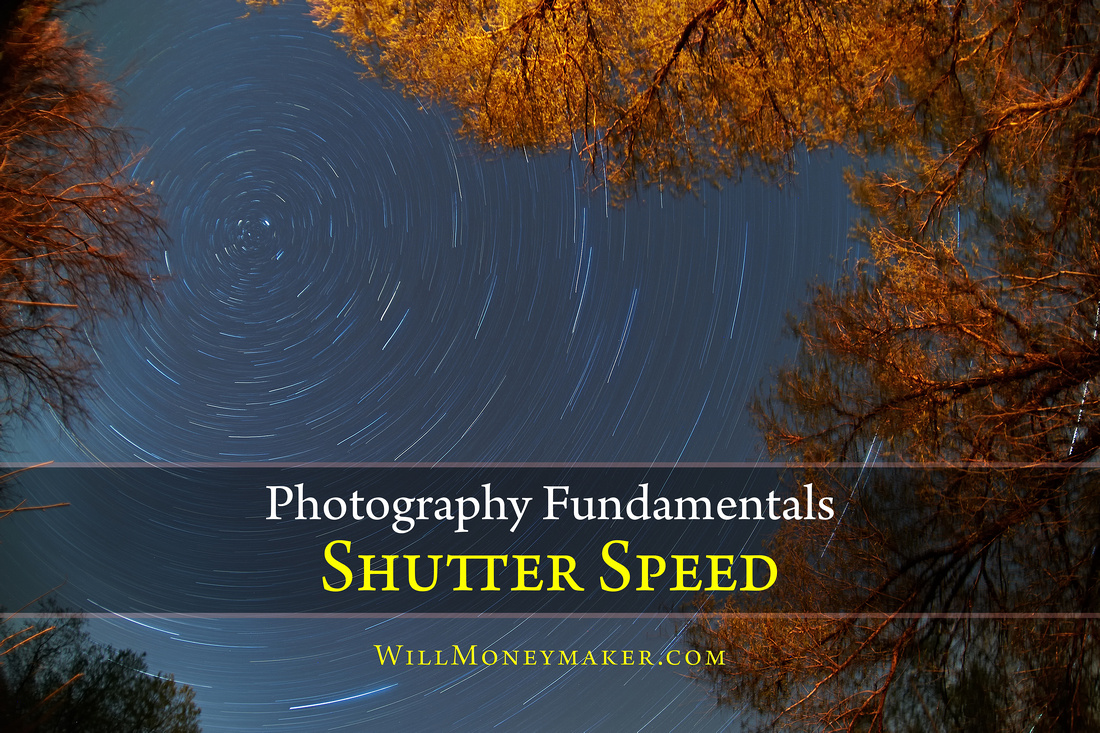 Shutter speed controls are one of the most important tools for any photographer. With fast and slow shutter speeds, you can create amazing special effects that turn an ordinary snapshot into a work of art. Freeze a split second moment with fast speeds or slow down time to capture motion – simply learning to vary your shutter speeds will add a new layer of life and interest to your art.

One of the easiest things to do is to use extremely high shutter speeds to freeze motion entirely. Your shutter speed choice should be based on a variety of factors, including the speed at which your subject is moving and the available lighting. In most cases, you’ll need to compensate for your high shutter speed by opening up the aperture (lowering f-stops). You may even need to raise your ISO setting if you’re shooting in particularly low light or you’re freezing a subject that is moving at very high speeds.

Eadweard Muybridge is one of photography’s early pioneers, and he is notable for using shutter speed to freeze motion. During the late 1800s, photographic equipment was largely incapable of making exposures that were fast enough to freeze motion. Muybridge, in an attempt to settle a longstanding debate about the way horses gallop, used extreme measures to freeze a galloping horse in motion.

The problem was this: cameras of the era did not have large enough apertures to let in the amount of light necessary for freezing something as fast as a galloping horse. Not only that, but early film took far longer to expose than today’s digital image sensors. Muybridge used white sheets as backdrops to reflect as much light as possible. He then had a horse and rider gallop in front of a series of glass-plate cameras, each triggered by a remote mechanism set off by the horse. The result – this series of images, called Horse in Motion – sparked both a scientific and photographic revolution. 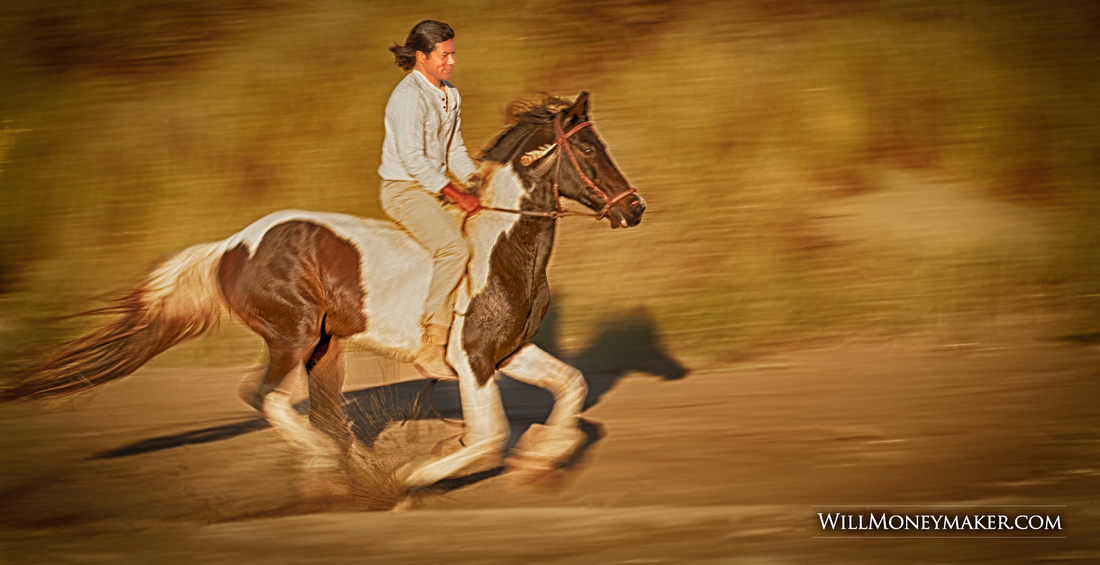 It’s nice to be able to freeze motion, but I’ve also found that motion blur is equally important to fine art photography. The artistry lies in choosing which elements to blur and which should remain crystal clear. In most instances, you’ll be able to choose between blurring the background or blurring the subject itself.

For example, one of photography’s most famous images – from The Decisive Moment by Henri Cartier-Bresson – depicts a man jumping from planks over glassy water. In Cartier-Bresson’s image, the man is blurred while the background is sharp, lending the image a transitional, almost ghostly feeling. Had Cartier-Bresson chosen to freeze the leaping man or both the man and the background, the image would likely hold little or no power over its audience.

To create images reminiscent of Cartier-Bresson’s, you’ll need a deep understanding of both shutter speed and exposure. For instance, to create motion blur in a photo of a runner, you’ll need a lower shutter speed than you would if you’re creating an image of a speeding car. Moreover, available light will play into your decision as well. In bright sunlight, you’ll need to balance your exposure by compensating with lower f-stops and higher ISO settings. In darkness, the reverse is true.

IMG_1150 - Yakovlev Yak-52The Yakovlev Yak-52 (Як-52) is a Soviet primary trainer aircraft which first flew in 1976. It is still being produced in Romania by Aerostar, which gained manufacturing rights under agreement within the now defunct COMECON socialist trade organisation. The Yak-52 was designed originally as an aerobatic trainer for students in the Soviet DOSAAF training organisation, which trained both civilian sport pilots and military pilots.

Since the early 1990s and the fall of the Soviet Union, many Yak 52s have been exported to the west. Of the approximately 1,800 produced to date, most now fly in the United States, United Kingdom, New Zealand, Australia and other western countries.

As photographers, we often find ourselves in situations where there is more than one moving element. For instance, when I am shooting aerial photos of planes, I have a choice between blurring the background, the plane itself, the plane’s propellers or some combination of the three. Since the plane is my subject, I keep it in perfect focus by using a shutter speed that is fast enough to freeze it as it flies by. A clear background contrasts nicely against the plane, so I’ll often use a shutter speed that freezes both the plane and the background.

However, an image of an airplane with no suggestion of motion whatsoever tends to be static and boring. To create a balance between motion and clarity, I make sure that my shutter speed is not so fast that it also stops the spinning propellers. As you can see, there is no tried and true rule for blurring some elements and not others – it all comes down to a judgment call based on available light and the speeds at which objects are moving through the frame. 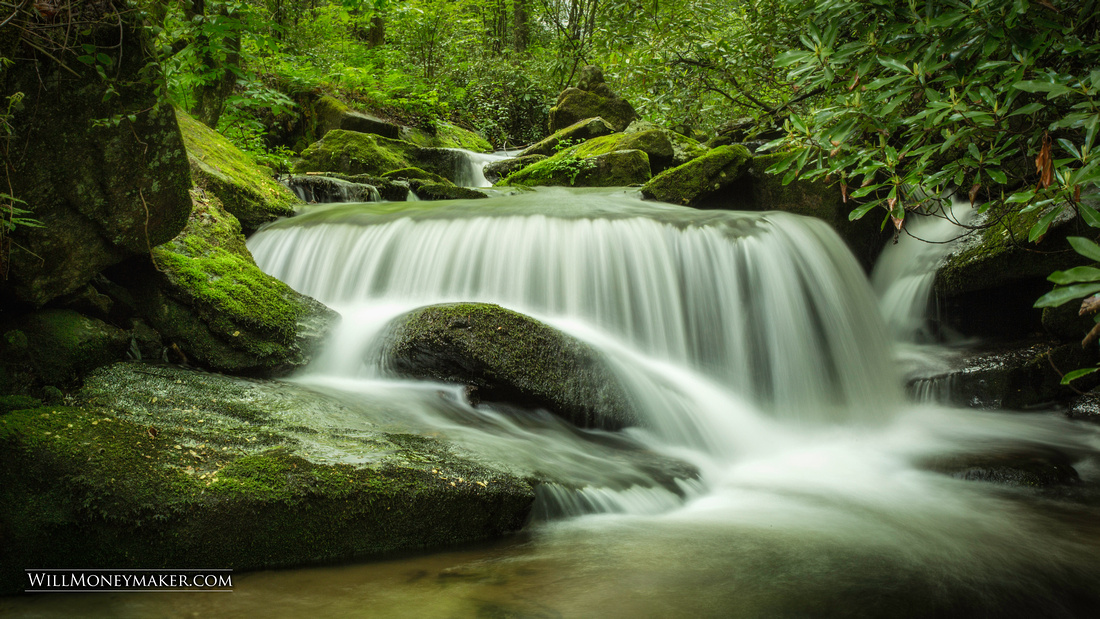 Another important concept that relies heavily on shutter speed is long exposure photography. Long exposures encompass a variety of photographic techniques, including nighttime landscapes such as those Ansel Adams was noted for, light painting and even waterfalls. Slow shutter speeds let you capture just enough light to make gorgeous moonlit landscapes, or they let you slow down time to create silky smooth waterfalls.

If you love light paintings, use long shutter speeds to let a friend create beautiful patterns with a bright light. The shutter speed needs to be long enough to catch the moving light, but fast enough to make the person holding the light disappear.

Capturing a rare moment, suggesting motion or slowing down time are just a few of the things you’ll be able to do once you’ve learned how to use your shutter speed controls. Because there aren’t standard rules that tell you what speed to use in a given situation, it’s a difficult skill to master. Devote plenty of time to experimentation, and you’ll soon develop instinctual knowledge that lets you choose the right shutter speed to capture those fleeting moments.