Choosing Between Prime and Zoom Lenses 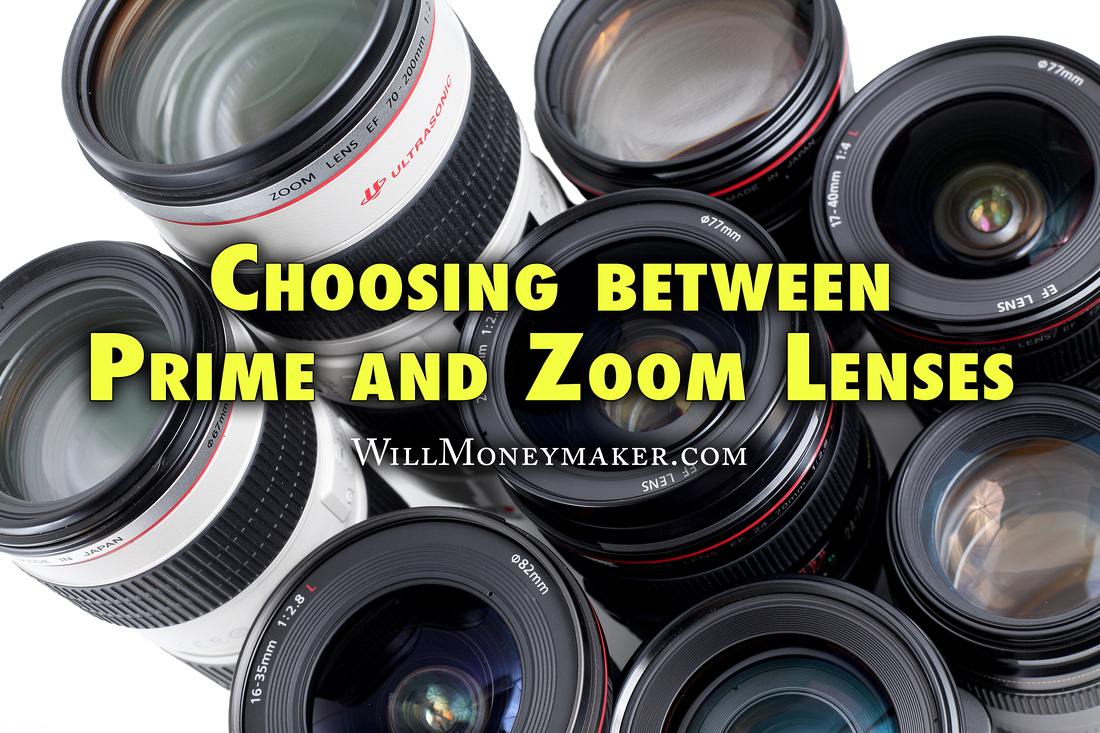 Photographers have debated the merits of prime and zoom lenses since 1959, when Nikon released the first zoom lens for their SLRs – the Auto NIKKOR Telephoto-Zoom 8.5-25cm. In those days, most zoom lenses were truly inferior to primes because they didn’t have optics capable of delivering clear, sharp images. Over the years, the technology has improved, and the average zoom lens can now produce an image of at least acceptable quality. That makes the photographer’s decision a little tougher. Should you shoot with prime lenses, or go with zooms? I’ll lay out the facts and let you decide which lenses to put in your kit.

What is the Difference between Prime and Zoom Lenses?

The Advantages of Primes

If you’ve ever seen a photojournalist at work, you’ve probably noticed that they have several cameras slung around their neck. In fact, during the D-Day invasion on Omaha Beach in 1944, photojournalist Robert Capa stormed the beach with the soldiers, armed with two 50-millimeter lenses on Contax II cameras.

In Capa’s case, the extra camera gave him more shots before stopping to change rolls of film. Today, film is no longer an issue. When you see a photographer carrying several cameras, it’s because that photographer wants quick access to prime lenses of varying lengths without having to stop for a lens swap. Professionals do this because prime lenses offer a number of advantages over zooms.

Prime lenses are much less complex than zooms, which means they often cost less to buy. Beginners and hobbyists can gradually add a selection of excellent but inexpensive primes to their kit rather than making a large investment on a single zoom lens.

The Advantages of Zoom Lenses

If most prime lenses take better images than zoom lenses, why would any photographer use a zoom? There are several great reasons to use a zoom lens, bit it mostly boils down to convenience. For instance, if I’m going backpacking for a week, I may opt to take one or two zoom lenses that cover a broad range of focal lengths just so that I don’t have to carry a heavy camera bag with several prime lenses.

Sometimes using a zoom lens is preferable to not getting the shot at all, as is the case with wildlife photography. If you reach for a different camera with a longer or shorter prime lens, or attempt a lens swap, you’ll risk scaring away your subject. Action photographers and sports photographers may not want to run down sidelines or chase their subject while carrying two or three cameras around their necks, so they’ll use zoom lenses for the versatility and convenience.

Robert Capa once said, “If your pictures aren’t good enough, you’re not close enough.” Would Capa have chosen a zoom lens if they had been available in his day? Most modern photographers still use prime lenses wherever possible, but there is no denying that zooms have their place. Include a zoom lens or two in your kit, take advantage of their convenience and use them when they’re the only way to get closer.