How Photography Changed the World, Part 1 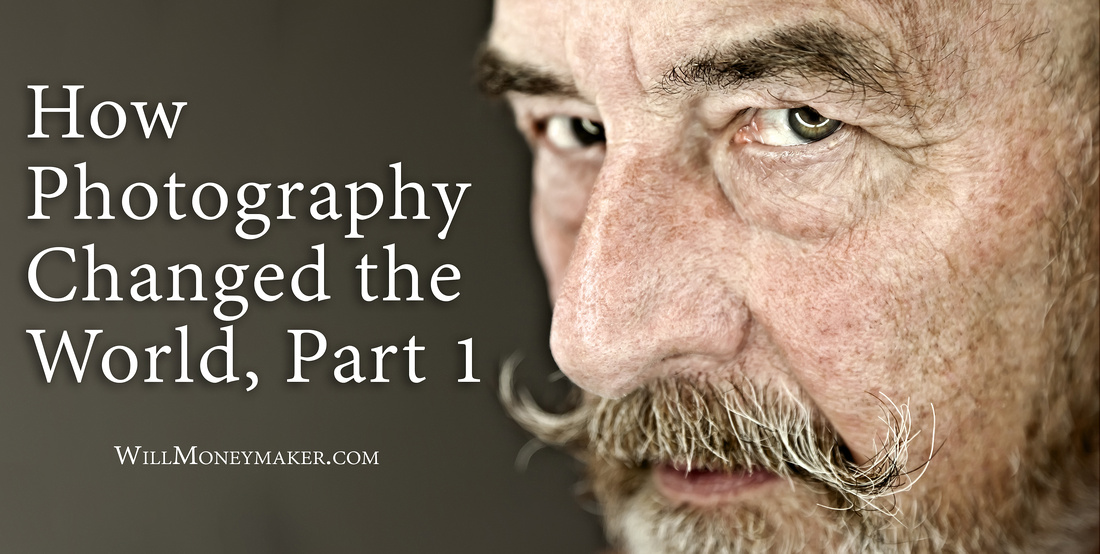 “With the daguerreotype,” Danish philosopher Soren Kierkegaard said, “everyone will be able to have their portrait taken – formerly it was only the prominent – and at the same time everything is being done to make us all look exactly the same, so we shall only need one portrait.” Kierkegaard said this of photography in the early 19th century, and in some respects, he was right. In other respects, he couldn’t have been more wrong.

Kierkegaard was right in that everyone can now have his or her portrait taken. However, photography has changed the world in a fundamental way. Instead of underscoring the sameness of life around the world, photography has highlighted the rich diversity

It wasn’t always a tool for exploring diversity, however. In the beginning, photography was largely a medium for portraiture, and people did all look the same. Portraits were expensive, and no one wanted to risk ruining a photo with an odd expression, clothing that was too casual or anything else that could possibly take away from the final image.

The technology itself also presented photographers and their subjects with major challenges. The cameras were huge, bulky affairs. Instead of a convenient roll of 24 exposures, or better yet, a flash card with room for hundreds of images, photographers loaded a single silver-plated sheet coated with a cocktail of chemicals into their cameras. Because the exposure times were so long – anywhere from a minute to 15 minutes – people had to sit perfectly still. In fact, many of the cleanest portraits from that era were of the dead because they were the only people capable of holding a pose long enough to create a focused image.

Today, portraits are much simpler. Photographers don’t have one shot to create the perfect portrait. In fact, with the digital era, we now have the ability to take an endless number of images. The camera has become so ubiquitous that most people, even non-photographers, have several – on their phones, their computers, point-and-shoot cameras, DSLRS and more.

But how did this change the world? When it comes to portraits, it means that we are no longer creating portraits with rigid poses and stern expressions because, to put it simply, there are no limits. Instead of striving for uniformity, the ability to take literally hundreds of images in a single afternoon lets us search for the unique and wonderful. The fast exposure times let us capture fleeting expressions, and the ability to shoot in nearly any lighting conditions lets us add joy, mystery or any other mood to our images.

So to answer Keirkegaard’s prediction: Yes, photography is not limited to only the prominent. Everyone can take as many images – portraits or otherwise – as they like. But in our portraits, we don’t all look the same, not from day to day or from moment to moment. The ability to witness the difference between each of these moments is one way in which photography has changed the world. Next time, we will explore some of the other ways this art form has affected the way we look at life.