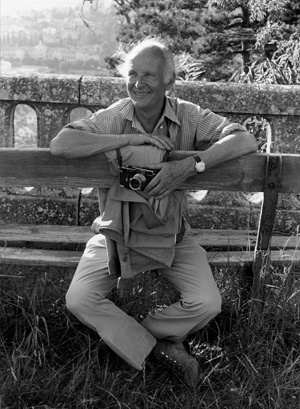 When people think of Henri Cartier-Bresson, there is a very good chance that the first thing to come to mind is The Decisive Moment. Not only is that the title of a book by Cartier-Bresson but it is also the philosophy that he is most famous for. Essentially, the decisive moment that Cartier-Bresson refers to is that split-second creativity that happens when a photographer presses the shutter release at just the right time. Blink and you’ll miss it.

Cartier-Bresson’s philosophy about the decisive moment is a good one, one that is well worth your attention as a photographer. However, the decisive moment is also a bit problematic in some respects. We often find ourselves remembering Cartier-Bresson for this philosophy alone and not all of the many varied contributions that he made to photography. In the interest of learning something new, let’s take a look at some of the other things we can learn from Cartier-Bresson.

Art Was in Cartier-Bresson’s Blood

One thing that is not well known about Cartier-Bresson is that he grew up immersed in art. As a child, he had an interest in a variety of arts, due in large part to a wealthy father who urged him to learn and enjoy the more creative things in life. Cartier-Bresson’s uncle was a painter, another strong influence in his life.

Through this example, we can learn something extremely important. Not only do we all need to enrich ourselves as creatives but we also need to pass that interest on to future generations, enriching their lives with the arts. If you have children or work with young people, foster that creative spark and who knows — perhaps you will be an influence to the next great artist just as Cartier-Bresson’s father and uncle influenced him.

The True Nature of Candid Photography 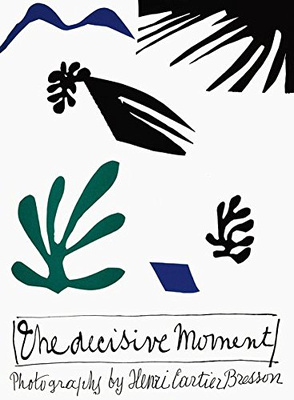 1952 US edition of Cartier-Bresson's 1952 book, The Decisive Moment

Cartier-Bresson was a founding father of “street photography,” which, in a nutshell, is photography on the streets. It is something meant to be real, not posed or artificial in any way, though subject material can vary between people or the objects you might see as you walk around through a city. As Cartier-Bresson created these images, he had one over-arching goal in mind: To make sure that his images were as real as they possibly could be.

He was not one to post process his images and sometimes, he didn’t even bother with cropping them. Most importantly, however, Cartier-Bresson learned how to take a true candid photo. He would often dress himself to fit in with a crowd, he was dexterous and fast, and he had a habit of covering his camera, making sure chrome was hidden and sometimes putting a cloth over it to make it less apparent that he was photographing.

None of this is to say that we all must stop post processing our images and start sneaking around city streets trying to take photos without being noticed. Rather, I think it is important to think about why Cartier-Bresson was so careful to hide what he was doing. He wanted truly candid photos, nothing artificial about them, no people in the background of the image looking directly at the cameraman. In this way, Cartier-Bresson was able to document real life as it actually happened. For a creative to fully exercise his or her creative mind, it helps to break out of the mundane. As you look at Cartier-Bresson’s life, you can see that this is exactly what he did. As a young man, he spent time working with a cubist painter. He also enjoyed the growing avant-garde scene in France. After a spell in the army, he spent time tracking boar and antelope in Africa, not because he wanted to kill and eat the animals but just because he wanted to have the experience.

You don’t have to follow Cartier-Bresson’s exact path but it does help to break with convention once in a while. Step outside of the ordinary and try something you wouldn’t normally experience. Then, with luck, you’ll be able to draw inspiration from what you learned, saw or felt.

Know When to Stop

Cartier-Bresson was a world-famous figure, renowned for photography and photojournalism — and that is why people are often surprised to find out that Cartier-Bresson quit photography. That was back in 1966 when he was still a part of the Magnum agency. He set aside both the camera and Magnum, then went back to his first love, which was sketching and painting. Despite his fame, he would not even speak at length about photography, believing that he had seen and done all that he could with the camera.

If you are like most photographers, it is unlikely that you will up and quit photography suddenly one day — although it is always a possibility! The larger lesson here is not that you should quit or that you one day will. Instead, it is important to know when to stop temporarily, to know when to take a break.

The thing about creativity is that it isn’t an endless fountain of ideas. Just like you need to sleep after a long day at work, your creativity needs a rest sometimes, too. Don’t pressure yourself into anything that you don’t feel like doing and when you feel the urge to set the camera aside, then set it aside. Come back to it when you are good and ready.

Henri Cartier-Bresson was a fascinating man living in fascinating times. There is certainly a lot more to his legacy than the decisive moment. When you have the opportunity, you’ll find that it pays to read his biography and learn his life story. Draw what lessons you will from the things that you learn — and remember that there is no single image, philosophy or trait that can come close to summing up the whole of a photographer!